Ecuador´s gastronomic and cultural richness is undeniable. We have extraordinary chefs, musicians and of course, audiences that seek to enjoy a unique experience were Ecuadorian music and gastronomy fuse.

Mestizo was created to take advantage of this wealth, and to that purpose we have created a gastronomic route that follows the new Ecuadorian cuisine, created by innovative chefs in groundbreaking restaurants in Cuenca.

Music is the perfect pairing to complete the experience: on this occasion, we will be delighted with a tribute to the “pasillo”, interpreted by Ecuadorian musicians.

23h00
One leads to another… after dinner, end your night with a midnight show: presenting Christian Julio Jaramillo, interpreting his grandfather Julio Jaramillo classics in Republica Sur.

We´ll see you there! 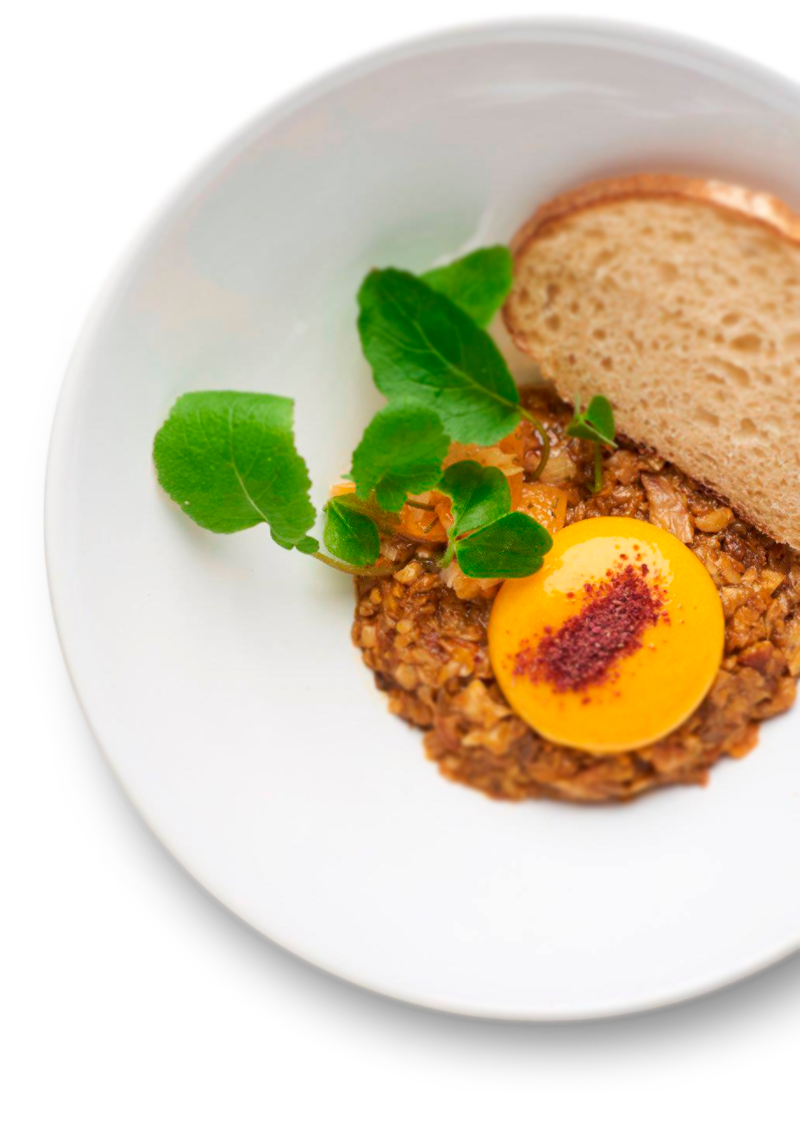 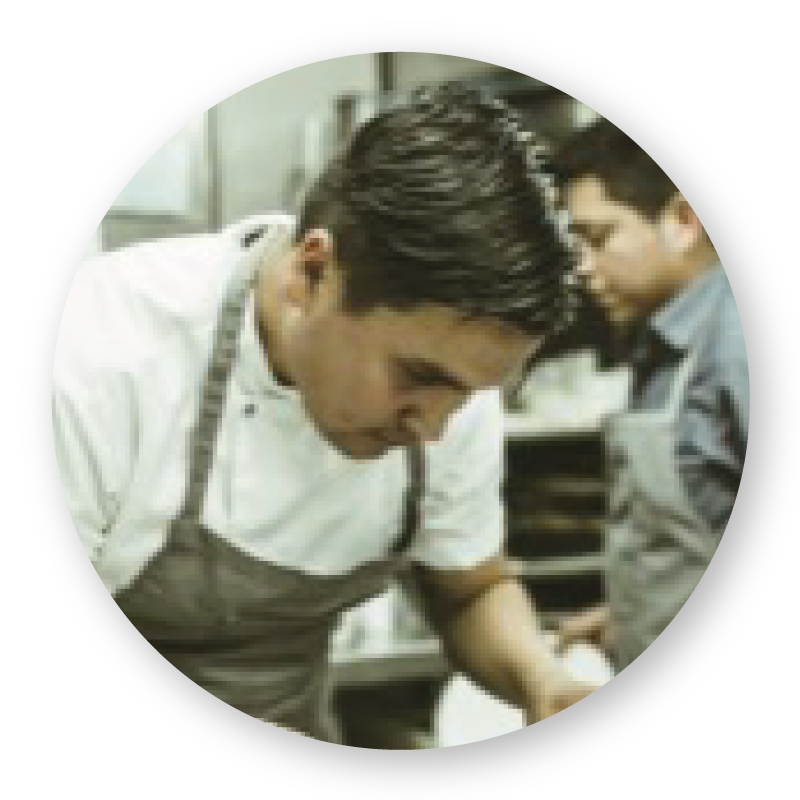 His career as a professional cook starts in 2012. He travels throughout Ecuador for a year, knowing and understanding the products and culinary preparations of each region. After his trip for professional training in renowned restaurants the USA he starts La Caleta project in Cuenca.

La Caleta proposes a concept of new Ecuadorian cuisine, focused on modernity but based on traditional knowledge, with the elaboration of dishes that promote the Ecuadorian culinary identity, from a different perspective. 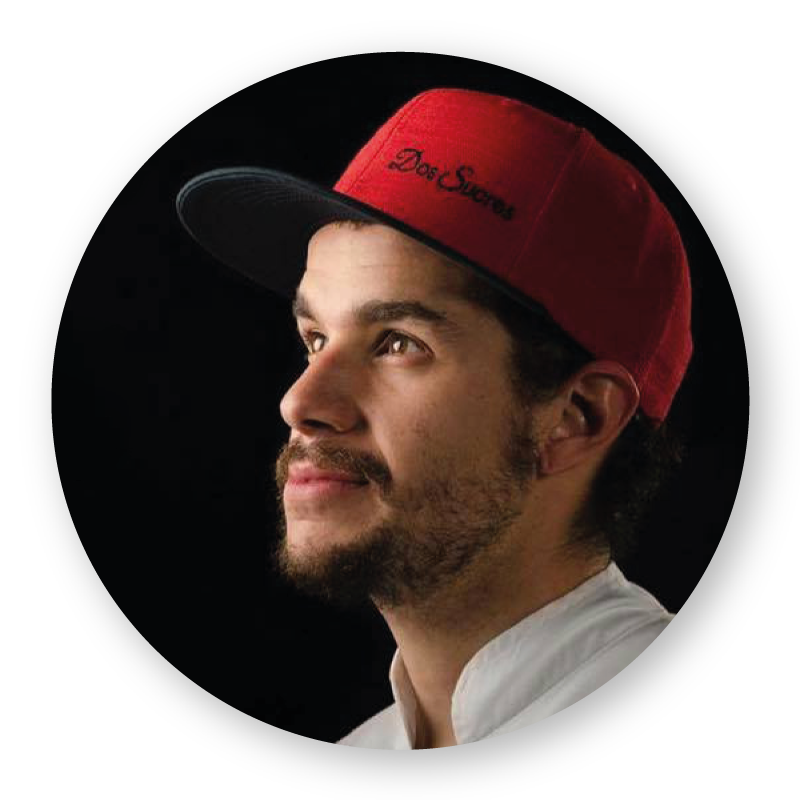 With an entrepreneurial, creative and persistent character, chef Daniel Contreras, after finishing his culinary studies, decided to set up his restaurant proposal in Cuenca. He specialized in avant-garde techniques at the Basque Culinary Center, Spain. In 2016, The Gastronomy Festival Latitud Cero highlighted him as «Young Ecuadorian Value», for his career.

«Dos Sucres» is the result of a pursued dream, “to have a restaurant and manage a kitchen”. The project began with the purpose of rescuing the flavors of Ecuador, working with local communities, producers and organic products where possible. Creating a innovating new recipes that exalt the senses and the flavors 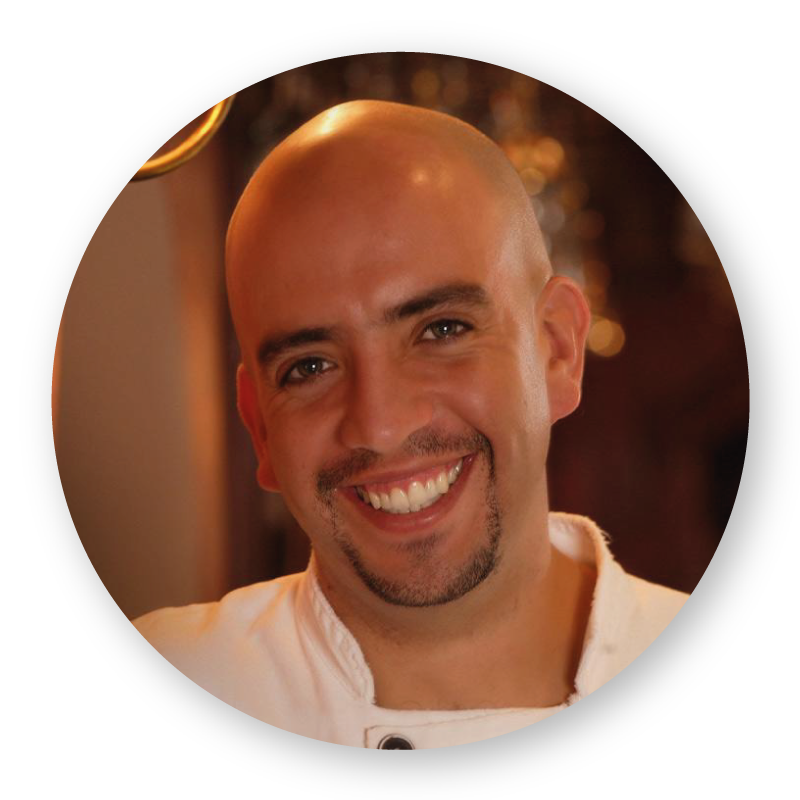 It could be said that the passion for the kitchen of Chef s Daniel Durán comes in his veins, his family have run over time, renowned hotel entrepreneurs and restaurants. Chef Daniel studied at the Argentine Institute of Gastronomy. He is extremely careful with every detail of his dishes. He is characterized as an excellent host with its customers, vivacious and very attentive.

In “El Jardin Restaurant” you can taste the freshness of local ingredients, the tradition of family recipes. It combines all that, with the slogan of making the experience of each dish unforgettable. This restaurant has been awarded in international and national tour guides, for its 35 years of experience. 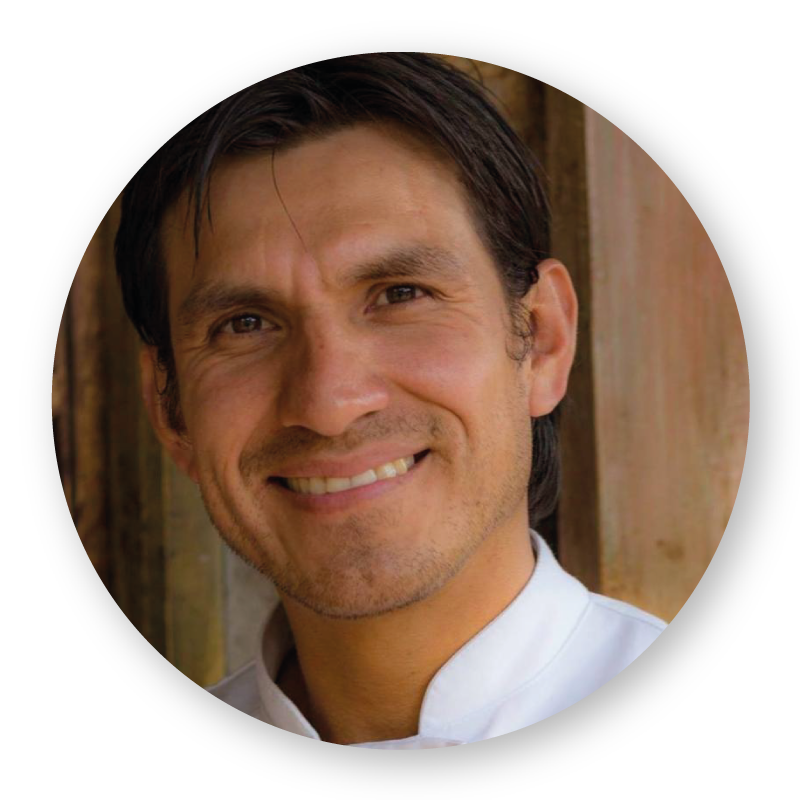 Chef Giovanni Cambizaca Salinas specialized in French cuisine while living in the United States and had the desire to bring his passion and skills to his home country. His weekly menu at Le Petit Jardin changes depending on the seasonal products and enhancing the traditional recipes.

Le Petit Jardin is a picturesque and exuberant restaurant, in San Miguel de Putushi, a 20 minutes ride from the Cuenca city center. The restaurant serves a weekly menu, making each dish a unique experience.

After being delighted by the fabulous chefs and food, we head to República Sur, to enjoy exclusive musical presentations:

Christian Julio Jaramillo, with a prodigious voice, carries in his blood the musical heritage of his grandfather, the Ruiseñor de América idol, Julio Jaramillo Laurido.
At 31 years old, he has participated in musical events and competitions internationally and in Ecuador. He has represented the country in America and Europe, together with the Performing Orchestra de la Casa de la Cultura, and the Guayaquil Symphony Orchestra. 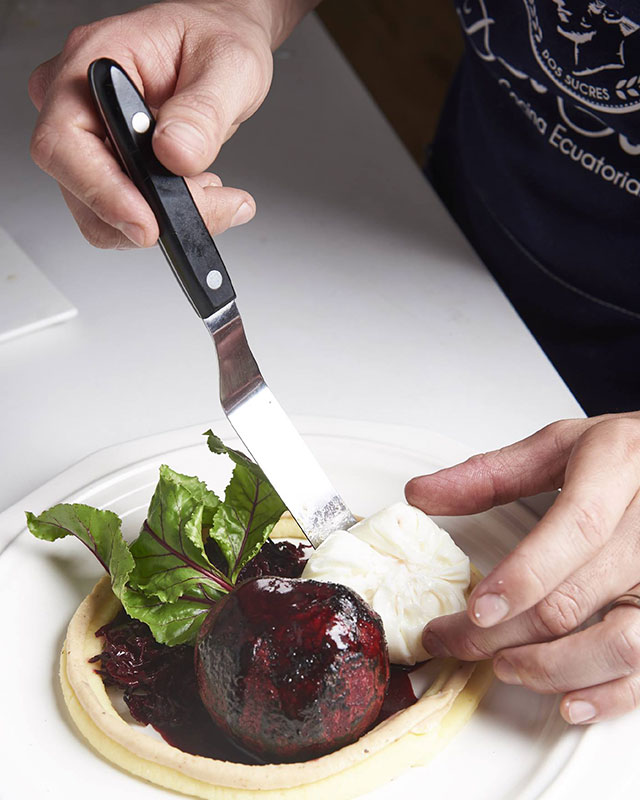 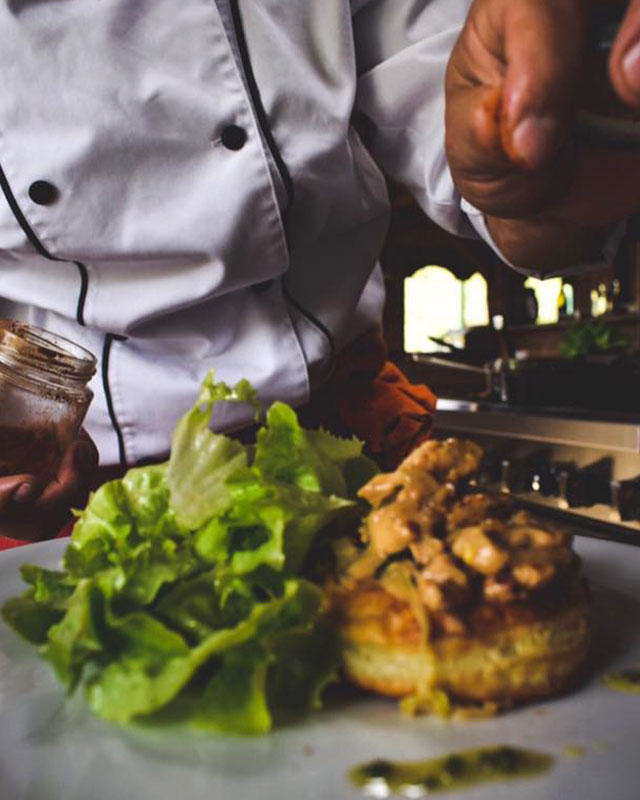 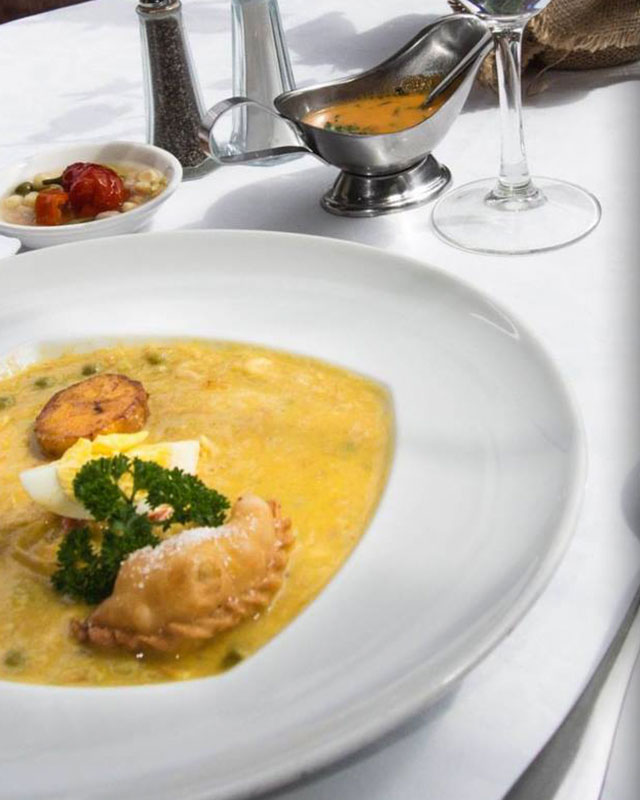 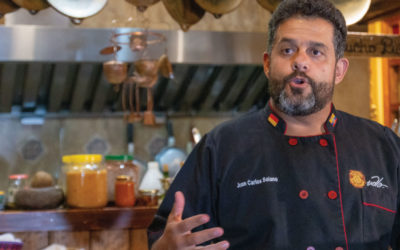 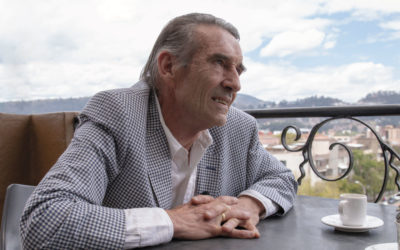 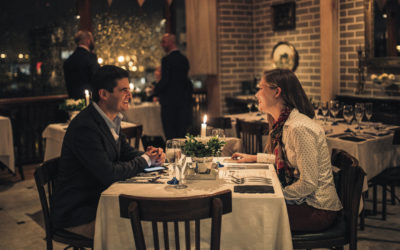